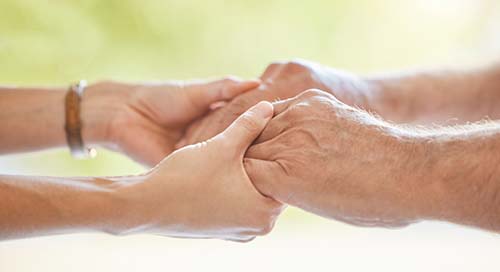 The Ten Commandments: Strategies for Communication

Before you turn away from this blog given its title, let me assure you I am not offering religious guidance. Instead, I want to offer ten communication tips if you are caring for someone with dementia, Alzheimer’s Disease or otherwise. I take no credit for these suggestions, but because I feel each is so relevant, I want to share them with you. They were written in 1996 by Jo Huey, of the Alzheimer’s Caregiver Institute. These approaches were based on her thirty-five years as a caregiver.

In 1996, the same year that Jo Huey compiled these strategies, Motorola came out with their Startac phone. It was the first flip phone. It offered a vibrate alert as an alternative to a ringtone. The phone was so popular that Motorola sold 60 million of these phones at $1,000 a clip. How cell phones have evolved over 26 years. But the advice offered by Jo Huey is as relevant today as it was 26 years ago. I hope her suggestions can offer guidance as you face the challenges that can accompany a dementia diagnosis.